Protecting, Promoting, and Preserving the History of Rocky Hill, CT 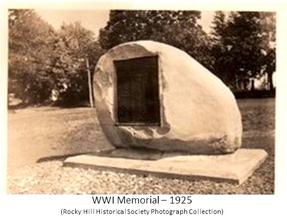 War is a young person’s activity. To get a feel for the kind of people who went to war, and the people who supported them on the homefront, walk into Rocky Hill High School or Central Connecticut State University. You’ll see people in the same age group with interests, personalities, and passions similar to those of young people who lived in Rocky Hill in 1917: people like Harry R. Hick, a gifted graphic artist, Ruth B. Chandler, a budding writer, the Griswold brothers who were studying to become engineers, even Harold Geannette, who was arrested for knocking out another boy’s teeth with a set of brass knuckles for some vague, poorly articulated reason.

As we contemplate the 100th anniversary of World War I, it’s useful to bring the war and its times into clearer focus. It can be argued that World War I was more significant and far-reaching than World War II. Some argue that the Second World War was simply a continuation of the Great War. For many years, World War I was largely a forgotten war. In the aftermath of World War II, it was hard to look back beyond it and appreciate the horror of the more distant war. Moreover, the lack of sophisticated media made reporting on World War I difficult. We didn’t have the advanced film techniques and recordings that brought World War II home and captured it for history. For many years, primitive scratchy records, aged black and white photographs, and flickery motion pictures provided our image of the Great War. Films were shot with cameras designed for an older sprocket-hole standard and shown on projectors that accommodated another standard. The result was jerky motion that was reminiscent of Mack Sennett films and made the images seem almost comical. The reality of the war was anything but comical. In this book I attempt to remove the chronocentric filters and present the war and its times as they really were.

Library director Mary Hogan asked RHHS historian Robert Herron to research the "Rock" at Dividend Green. What he came back with was an idea for this book about Rocky Hill in WWI. Coming soon! 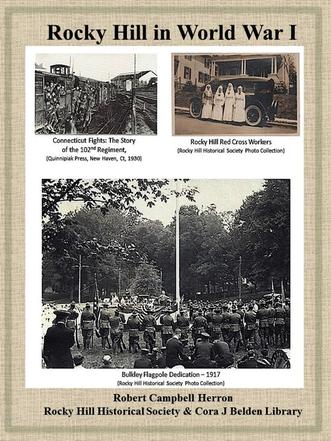 Available here online or at

April 6, 2017 marks the 100th anniversary of the United States’ entry into World War I. Entry into the war had momentous effects on every town and city in the country, including Rocky Hill, Connecticut. This publication provides a description of the contributions of our town to the war and effects the war had on it.

A collaboration of the Rocky Hill Historical Society and the Cora J. Belden Library